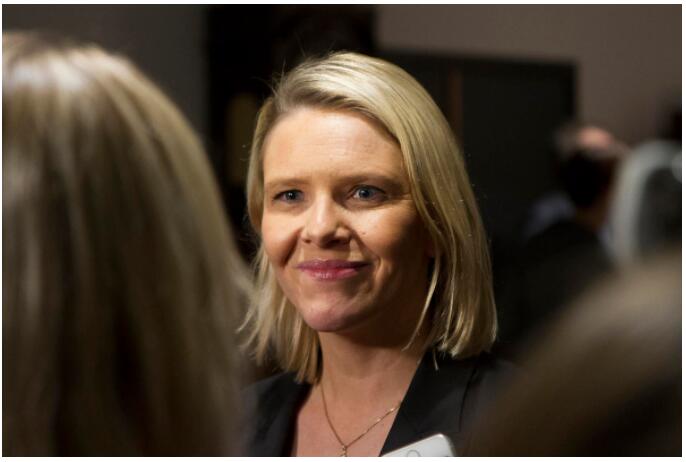 The US is turning inwards, the EU is struggling, China is more forward-looking and Russia is more aggressive. At the same time, we rely less and less on politicians, news and research. What does this mean for the future?

A global crisis of mistrust will affect 2018 and the years ahead. Heads of state who do not trust each other and populations who do not trust their authorities, experts or traditional media. Trust is simply becoming a scarce commodity in the world. According to the polling firm Pew’s trust analysis, only 14 percent of the population from 36 countries believe that their respective governments are largely acting in the country’s best interests. Contempt for politicians and experts is spreading, while the response from traditional elites is to talk about growing right-wing populism combined with xenophobia. Is it that simple?

What we are trying to answer here is what mistrust really is? What can explain the weakening confidence within and between countries? What does this mean for Norway and for Norwegian foreign policy? Are we so shielded from these issues up here in the north by our high level of prosperity that we can only continue as before and take old alliance patterns and geopolitical dividing lines for granted? Is the Norwegian foreign policy strategy still usable or is there a need for new thinking? And how does this trend affect Norwegian politics and the climate of debate?

It is obvious that Norway has also been hit by a crisis of confidence. Something has happened – and it has happened fast. Sylvi Listhaug’s Facebook proposal that the Labor Party puts terrorists rights over the nation’s security and the debate that followed, which ended with Listhaug resigning as Minister of Justice, illustrates this crisis of confidence. This is very far from what we have known as the good-natured and consensus-oriented Norwegian political everyday life. Just rewind to NRK’s ​​light-hearted election broadcast «Optional» 1 September 2017 where Siv Jensen and Bjørnar Moxnes participated in a humorous talk about politics, everyday life and each other: A conversation between two of the extremes of Norwegian politics characterized by friendship and mutual respect. Now it seems that some of the social security this created is gone.

This becomes even more serious when we look beyond. The outlook for 2018 and in the years to come does not look very happy. The war continues in Syria, several states in the Sahel in Africa seem to be collapsing, we are struggling to get rid of international terrorism and there is persistent poverty in the global south. Economic inequality is spreading in all parts of the world, and we are facing a global refugee crisis which is exacerbated by the fact that the climate problem is moving closer. To deal with all this, we need both national and global leadership, and we need trust both between people and leaders and between world leaders.

3: What is mistrust and what are its consequences?

Distrust is simply that we stop trusting each other. One does not respect the views of others and casts doubt on each other’s motives. This is devastating to all social relationships, but one thing is whether a friendship, partnership or marriage breaks down. It is something completely different if this also begins to make itself felt in society and between countries. If a state is to function effectively and democratically, it must be a social contract based on trust between the population and those who govern. Confidence that intentions and motives are generally good, even though we may disagree with individual decisions and political priorities. If this falls away, it will be difficult – if not impossible – to gather different groups about all the major challenges we face. This applies both nationally and internationally.

If we are to deal with everything from war and conflict to international terrorism, the refugee crisis and a nascent climate crisis, then both national and global leadership is needed. This in turn depends on large and small states being able to come together. A brief summary of the global situation, however, is that the United States is turning inwards, the EU is struggling, China is more forward-looking, and Russia is more aggressive. The opportunities for global cooperation and leadership are therefore worse than in a long time. At the same time, this is exactly what the world needs. The reason for the global mistrust is that trust in the authorities is thin in a number of important countries, while other central states have elected leaders who are opposed to increased international cooperation and globalization. The question is therefore how many major crises today’s international community will actually be able to handle.

According to homosociety.com, globalization has been positive for a number of challenges in the world. We have had fewer extremely poor people and there has been an increase in most countries’ gross domestic product (GDP). The world has actually become somewhat more similar, and the differences between Africa, Asia, Europe, Latin America and North America have become smaller. The only problem is that this trend is in contrast to the fact that inequality within these regions is increasing sharply. The effects of economic globalization are very unevenly distributed within different countries. The rich get richer, the super rich get even richer, while many in the lower middle class struggle and feel that their economic position is very vulnerable. At the same time, we have seen that the poorest and most vulnerable groups have been weakened over time.

Many people feel alienated. The world is changing rapidly around them both technologically, economically and socially with the increasing arrival of migrants and refugees. Those most frustrated by this blame a political-economic elite that has moved away from its popular roots, while the traditional elite speaks of a nascent and threatening right-wing populist radicalism. A number of analyzes present the election of Donald Trump in the United States and Brexit in the United Kingdom as the very core of the problem. But there is little to point in this direction. The two elections rather seem to be a symptom of a structural problem, where significant sections of the population do not recognize themselves in the description of reality from the political and economic elite.