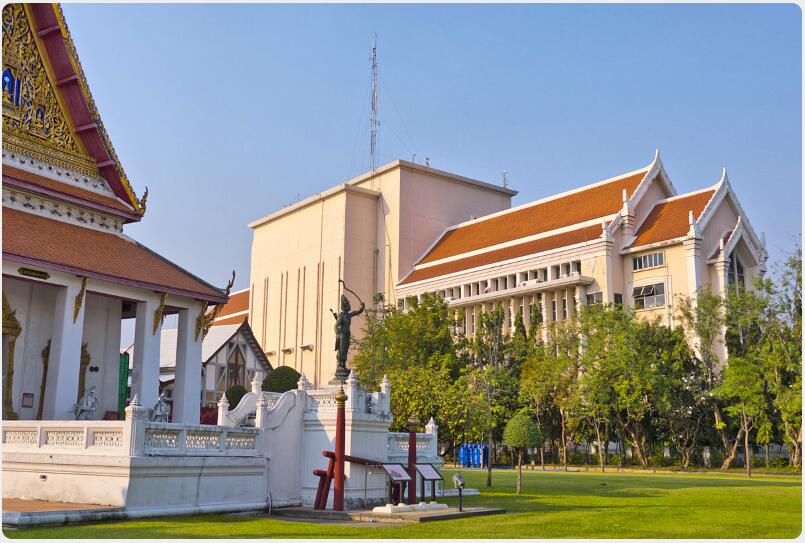 Bangkok is not at all like a city of museums like major European cities, but there are a few museums, one or two of which many are happy to visit. There are a few museums in the area that tour the sights, and there are some museums elsewhere in the city. They are almost invariably along good transport links. Many museums are closed on Mondays and some on Tuesdays, and the majority of museums close early, well in advance of darkness, which happens in Bangkok early all year round.

Next to Sanan Chai Subway Station, close to many major attractions, is the Museum of Siam, a museum showcasing Thai history and Thai stages. This is an exceptionally interactive and easily accessible museum housed in a fine 19th-century Western-style building. The museum is an entertaining place that is a favorite of families, and there you learn quickly but interestingly about the history of the country and how the area was inhabited. Bangkok’s most popular museum is the National Museum, or National Museum, next to many major attractions . It is a museum in several different buildings, which can be visited free of charge from time to time in the courtyard. In addition to permanent collections, there are changing exhibitions, some of which are very popular. The museum is lively, especially on weekends and especially when there is a more popular exhibition than usual. Many of the museum’s buildings date back to the late 18th century and have been restored in recent years. The various buildings are a good lesson in classical local architecture, and among them are a wide variety of structures.

The museum is claimed to be the largest in Southeast Asia, and its output is objects illuminating history, including normal consumer goods and art. The collections are in three different states that have to tell their own story about certain eras in Thailand.

The museum has a 200 baht entrance fee for adults and is open Wed – Sun from 9 am to 4 pm. Perhaps the easiest way to visit the museum is through guided tours, which are held Wed and Thu at 9:30 p.m. In the morning, the mornings are better for a visit than the afternoons, when everyday life is lively.

Because there has traditionally been very little non-royal or religious art in Thailand, the museum’s collections are quite uninteresting and much more interesting art can be seen in the temple areas. The best thing is the fairly new works, and this is at its best as a museum of modern art and contemporary art.

Since the National Gallery building was once the Thai Mint, is at the other end, just next to Khao San Road coin museum , or Coin Museum. There are Thai coins as well as other coins and banknotes, and it is a quick place to visit free of charge. Families and those interested in old money thrive there best. You can read about people’s experiences there on TripAdvisor. The museum is open daily from 10 a.m. to 6 p.m.

Also of interest in Banglamphu is the King Prajadhipok Museum. It is in an impressive building, but although the building is large in size, the museum itself is not very large.

The museum showcases the hectic and varied life of one of the kings of Thailand (Rama VII), and he ruled from 1925-1935. He is considered to be Thailand’s last monarchy, and the museum’s offering includes old photographs, artifacts, and anything else that tells of the king’s life and the era in which he lived.

Bangkok is known for its wide river and numerous canals, although many have been filled in recent decades. One good museum to get to Bangkok’s finest boats is to visit a museum called the Royal Barges Museum. Although the museum is called the “Barge Museum,” it showcases the graceful, long, and beautiful royal boats used for a variety of festivities and official occasions. When not in use, which happens very rarely (often in early December), they are on display at this museum, which is easiest to go on by river boat (pier: Phra Pin Klao).

The finest boat is the Suphannahong (golden swan) used by the king himself, which is one of only six ships on display here. It is made of a single piece of wood and is considered one of the largest concave wooden objects in the world. Other boats are decorated in a typical Hindu and Buddhist style and feature typical Hindu and Buddhist ornaments such as Naga, or Buddhist sea snake. The boats are so sturdy that they need 50 rowers, as well as other staff, including seven parasol keepers and two stern throwers. There are many photographs of these processions, which have been held for hundreds of years, and in addition to the boats, the museum’s offer includes photographs, paintings, and other exhibits.

The museum is open from 9 am to 5 pm, the entrance fee for adults is 100 baht and if you want to take photos, you have to pay 100 baht extra.

Located close to the Chinese district, the Bangkok Museum is housed in three buildings, where you can learn about the stages of Bangkok’s history, about which very little is known elsewhere. The buildings themselves are interesting, and their output is photographs and exhibits from the post-World War II era. Among the items are the everyday utensils of the era, porcelain items some of which are very valuable, the cigar collections of the doctor who lived in one building, and all kinds of furniture from the beginning of the 20th century to later times. Indeed, one important part is the World War II cuisine, and this is a museum that can be liked by lovers of art industry museums and those who are particularly interested in Thai 20th century history.

The museum is free of charge and is open Wed – Sun 10 am – 4 pm. The museum is a bit awkward to move around, but it’s pretty close to a pier called Si Phraya.