Located in the state of Illinois, on the southwestern shore of Lake Michigan, it is the second river port in the United States and thanks to its location at the intersection of the most important communication axes of the country it is also the railway, highway and air hub. largest in the world.

In its urban center, in addition to the Sears Tower, the tallest skyscraper in the city (443 m), there is also the Chicago Temple Building, the tallest church in the world (122 m, 173 m with the cross).

Lake Michigan exerts a strong influence on Chicago’s climate, which has aptly been dubbed “the Windy City”. Temperatures range from an average of -4 ° C in January to 24 ° C in July. Among the world records of the city, the largest aquarium (JG Sheed Acquarium) and the largest water purifier in the world.

Economy– Center of a heavily industrialized area, Chicago has the national record in the United States for the production of telephone equipment, radios, televisions, candy, household goods, diesel engines, and frozen and canned food. The largest industrial sector is the metallurgical one, in particular iron and steel, but the city also produces electrical and agricultural machinery, oil and coal derivatives and chemicals. Some of the largest printing and publishing companies in the world are also located in Chicago, as well as the headquarters of important companies operating in the field of advertising and public relations.

The Federal Reserve Bank was founded in 1914 in Chicago, and the city still has a district bank. It is also home to the Chicago Mercantile Exchange, the Midwest Stock Exchange and the Chicago Board of Trade, which is the world’s largest futures trading market, as well as the two largest insurance companies in the United States..

Chicago’s traditional importance as a transportation hub has been perpetuated over time and today its O’Hare Field airport is the busiest in the world.

John Hancock Center. At 344 meters high, the 100-story John Hancock building is a little lower than the Amoco Oil building, but for five years, from 1968 until 1973, the Hancock was the tallest in the city. Like one of its rivals, the Sears tower, it was designed by Skidmore, Owings and Merrill. It has a viewpoint from which you have one of the most spectacular views of the city.

Marquette Building. Designed in 1894 by Holabird and Roche, this construction was considered an innovation at the time. Today renovated it has its original splendor again.

McCormick Place. After the fire that destroyed the old building, the new McCormick Center was opened in 1971.

Sears Tower. It was the tallest building in the world from 1973 until 1998, although it continues to be the tallest building in North America and the tallest inhabited building. The skyscraper, home to 300,000 square meters of offices, has more than 100 elevators and telephone cables almost twice that of the equator. The lift to the Skydeck, the panoramic 103rd floor with a splendid view, travels at 490m per minute.

Water Tower Place. Seven of its 74 floors house shops. The rest of the building houses offices, a hotel and 260 private apartments.

Tribune Tower. It is a magnificent building with a Gothic structure, in which is the headquarters of the periodical Chicago Tribune. It is one of Chicago’s architectural wonders. It was designed by Raymond Hood and John Mead Howells in 1925.

Wrigley Building. It is one of the most impressive buildings in the city, with a magnificent clock on the facade; it is a truly unique architectural structure.

Art Institute of Chicago – The great collections of the Alt Institute of Chicago range from sculpture, textile art, photographs and decorated artifacts. The addition of the modern wing in 2009 made it the second largest museum in the United States, and its collections range from 3rd millennium BC Egyptian and Chinese artifacts to European and American modern and contemporary art.

Museum of science and industry– Mostly famous for its sections dedicated to exploration, biology and space travel, the largest science museum in the Western Hemisphere is able to entertain visitors of all ages for a whole day.

Frank Lloyd Wright Foundation, Home and Studio -Designed by Wright in 1889. It was in this mansion that his innovative architectural style developed. Nearby two private houses demonstrate the versatility of the architect.

Lincoln Zoological Park– ÒToday there are more than 1000 mammals, reptiles and birds from all over the world, located in realistic habitats. The zoo, at the forefront of species conservation, houses endangered animals such as the African king zebra and Mongolian camel, as well as rare gazelles, antelopes and alpacas in 11 outdoor habitats.

Lincoln Park, Chicago’s largest park, has hiking and biking trails, paddle boat ponds, and sandy beaches. Exotic and tropical plants can be found in the beautiful greenhouse of the splendid Lincoln Park Conservatory.

Contemporary Art Museum. It has seven galleries that showcase the museum’s permanent collection with works by Gordon Matta Clark, Sol LeWitt, and temporary exhibitions by artists from the city.

Museum of Science and Engineering.

Buckingham Fountain. It is the largest fountain in the world, very spectacular.

Bahai Temple. It is known all over the world for its particular architecture.

Chicago Board of Trade. Magnificent art deco structure designed for Holabird and Root.

An infinite number of musical events and festivals are celebrated in Chicago, among these the most important are:

Chicago Air & Water Show, (It is an air show held annually on the shores of Lake Michigan in Chicago).

Chicago is the city of music, known for its blues clubs, and for being home to some of the best symphony orchestras in the world and dozens of venues where you can hear jazz, gospel, reggae, country and rock & roll. It is also a city open to the theater, with several famous halls such as Goodman and Steppenwolf Schubert, or the recently restored Chicago Theater.

Chicago’s ethnic neighborhoods have many restaurants offering international cuisine. People from all over the state and the Midwest come to shop on the Magnificent Mile, a stretch of street where you can find modern shops, designer boutiques and department stores. There are also numerous high-level scientific-educational institutions: in addition to the University of Chicago (1890), which is one of the most prestigious private universities in the country, there are in fact the Iliinois Institute of Technology (1892), the Catholic universities of Loyola (1870) and DePaul (1898) and Northwestern University (1851). Roosevelt University was also founded in downtown Chicago in 1945, while the University of Illinois has a branch campus in the heart of the city. 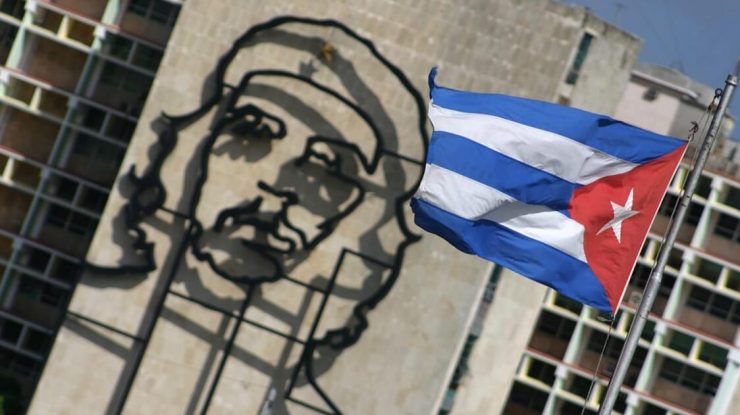