According to abbreviationfinder, the Head of Curaçao State is the current monarch of the Netherlands, Queen Beatrix, who is represented in Curaçao by the Governor of Curaçao, elected for a term of six years, and who is currently Frits Goedgedrag. The Head of Government is the Prime Minister of Curaçao who, together with the Council of Ministers, forms the executive branch of the government. Gerrit Schotte leader of the Movimiento Futuro Curaçao (Movementu Futuro Korsou or MFK), formed a government for the island together with the Pueblo Sovereign party and the MAN Party on September 4, 2010, This coalition became the first Cabinet of Curaçao, Schotte he then became the first Prime Minister of Curaçao.

Historical and archaeological records point to tribes of caquetíos, belonging to the Arawak family, as the first settlers of the island.

The arrival of the first European explorers took place in 1499, when a Spanish expedition led by Alonso de Ojeda discovered the island during their first exploration trip along the north coast of South America. Next to him are Juan de la Cosa and Américo Vespuccio, who calls it the Island of the Giants, apparently due to the high stature of its indigenous residents.

Spanish rule was maintained throughout the 16th century, a period during which its original residents were transferred to the colony of the island of Hispaniola. It served as a bridge for the Spanish exploration and conquest of territories in the north of South America. The island was gradually abandoned, as the colonization of the continent progressed. Spain colonized Curaçao from 1499 for a period of about a century. Likewise, one of the oldest references to the name of the island is found in the archive of the Main Public Registry of the city of Caracas (Venezuela).

A document dated 9 of December of 1595 specifies that Don Francisco Montesinos, Priest and Vicar of “Yslas of Curacao, Aruba and Bonaire” gave him power to Pedro Gutiérrez de Lugo, shelf in Caracas, that charged the Cajas Reales of His Catholic Majesty Don Felipe II, the salary that corresponded to him for his office as priest and vicar of the islands.

The first records of Dutch settlements on the island date back to 1621, who needed to stock up on vital resources such as wood and salt. It was during the year 1634 that an expedition of the Dutch West Indies Company, under Johan van Walbeeck, claimed the island for the Netherlands.

The 15 of December of 2008 Curacao was scheduled to become an autonomous country within the Kingdom of the Netherlands (like Aruba since 1986 and the Netherlands Antilles until 2010). A referendum on the plan was held in Curacao on 15 of maypole of 2009, in which 52 percent of voters supported these plans more autonomy.

The port of Willemstad, located around a natural bay in the southeastern part of the island, is a fundamental part of its economy. Through it, one of the main maritime routes of the Panama Canal passes. In it there is a refinery, shipyards for ships of the Panamax type, which includes the largest dry dock in the region; in addition to an important center for the transshipment of containers, and its Free Zone.

The main industry is oil refining, which is imported in the form of crude from Venezuela. The Isla refinery is located there, managed by the Venezuelan state oil company PDVSA and with an installed capacity of 320,000 barrels per day (bp / d), which makes it the third largest refinery in the Caribbean.

Service sectors, such as tourism and banking, are other pillars of its economy, since they employ the largest percentage of the population. Tourism has slowly recovered after a crisis in the 1980s and 1990s, with more than 300,000 visitors by 2007.

Offshore banking continues to be an important sector within its economy, despite having experienced a significant contraction, due in part to changes in the fiscal policy of the island, and the Netherlands Antilles.

The education is based on the Dutch educational system. Until recently, all instruction was provided only in the Dutch language. Now, bilingual primary education in Papiamento (local and main language) and in Dutch is also available. Private and parochial schools are also present on the island. The Curaçao International School and the Curaçao American Preparatory School or “CAPS” (Curaçao American Preparatory School) offer education for English-speaking immigrants. 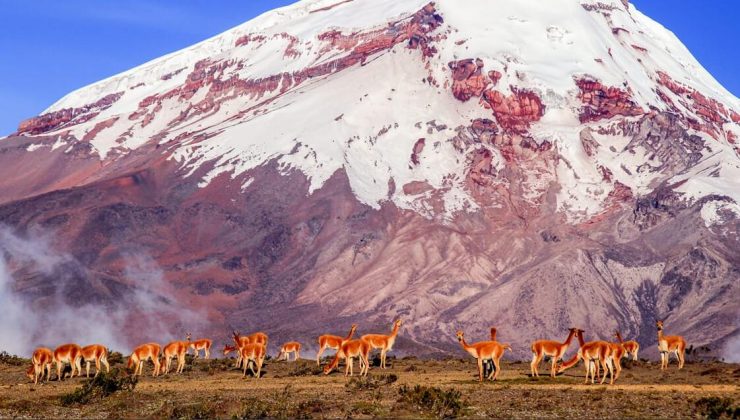