The economic policy Malawi is essentially determined by the requirements of the reform timer. So far, the government has verbally complied with most of the donor reforms – sometimes with delays – although there was a lack of capacity to implement them and the ability to act politically from 2004 to May 2009. The completion pointin the HICP initiative was achieved in November 2006, which can be seen as a success in view of the unfavorable environment. Monetary, fiscal and currency policy is oriented towards stability. However, due to the release of the significantly overvalued exchange rate of the Kwacha, the average rate of inflation in 2012 was 21.4% and soared to 37.9% in February 2013. The average inflation rate for 2019 was 9.4% (2018: 9.2%). The kwacha has depreciated massively against the US dollar since 2002. The exchange rate of the currency has so far been negatively impacted mainly by lower income from the main export product tobacco (and the lower development aid payments). The overdue devaluation of the kwachawas prevented by the Bingu-wa-Mutharika government in order not to fuel inflation and thus not to massively increase the price of imported goods. As a result of the resulting shortage of foreign exchange, significantly higher exchange rates for strong currencies were paid on the parallel market. On May 7, 2012, the Kwacha rate was approved by the Banda government in cooperation with the IMF and immediately depreciated by 47% against the US dollar, which undermined the parallel market. Immediately afterwards, the state-set fuel prices were adjusted upwards. The consequence was rising transport costs. However, it did not stop at this one devaluation. Since then, the kwacha has lost value almost every day, which has a driving effect on the prices of imported goods or products made with imported inputs. The currency situation remains tense. The availability of gasoline and diesel has improved significantly, but few can still afford them. In May 2013 there was the first one to lower fuel prices following a significant rebound in the kwacha against the US dollar. This recovery was due to the improved foreign exchange situation due to the sale of a good tobacco crop. Overall, gasoline and diesel prices are very high in relation to purchasing power. Due to the inland location, the fuel has to travel long distances, which increases costs. The market is regulated by the state with upper price limits, so that in practice there is no price competition. Domestic tax revenues have not increased significantly in real terms in recent years. Reports to the contrary turned out to be trickery by the previous government under Bingu wa Mutharika.

According to ezinereligion, in response to the poor food supply up until 2005, Malawi decided to introduce state subsidies for seeds and fertilizers, contrary to the general trends towards economic liberalization and, above all, against the fierce resistance of international donors. As a result, the country has temporarily doubled its grain harvest from 1.7 to 3.4 million cubic tonnes since 2005 and has even been able to provide starvation aid to neighboring Zimbabwe. This was also subsequently recognized by the donor side. Despite these production surpluses, the government was unable to organize distribution in the country in such a way that all those in need could be supplied on their own. With the crop failures in the years 2016-2019, which were due to regional droughts or regional heavy rain and floods, and their devastating consequences, showed once again the dependence on the unpredictability of the weather.

Malawi produces almost exclusively agricultural goods. The most important crops are corn, tobacco, tea and sugar. The tobacco plantations are almost exclusively locally owned, while the British are still anchored in the tea sector. The most important tea plantations are located in the Thyolo and Mulanje districts in the southeast of the country. The two sugar plantations in Nkhotakota (central Malawi) and Chikwawa (south) belong to the South African company Illovo. Coffee, peanuts and macadamia are also grown. The once more important, now small textile industry is threatened by clothing donations from industrialized countries.

In the north (Karonga District) the Australian Paladin Energy group has been operating a uranium mine (Kayelekera) for some time. The production, which started in April 2009, should bring in about 120 million US dollars in export revenues annually for the first 12 years. According to the company’s own information, in 2011 and 2012 10% of Malawi’s GDP was generated with uranium. The current unfavorable development of uranium world market prices has resulted in a (temporary) stoppage of production since May 2014. The competitiveness of the mine was made worse by the high electricity costs (from diesel generators). In mid-August 2017, Paladin Energy filed for bankruptcy, which makes the fate of the mine appear uncertain. The project is also viewed critically. There are also smaller deposits of other mineral raw materials. Mining also has a negative impact on the local population.

The manufacturing industry is very small. So far there has been no industrial tobacco processing for the production of export cigarettes, and no fertilizer factory either. The FAO provides an overview of agriculture, animal husbandry, the fisheries sector and water resources.

Overall, in the subsistence and small-scale farming sector, hardly any teams of oxen, horses or tractors are used. Almost exclusively human labor is used. This also applies to the plantation economy (tobacco, tea, sugar). There is a gender imbalance in rural areas, which has implications for how agriculture is dealing with the consequences of climate change.

The Malawi Confederation of Chambers of Commerce and Industry (MCCCI) provides information on investment opportunities, trade fairs and has a list of contact addresses for Malawian entrepreneurs. In addition, the SAFRI (Sub-Saharan Africa Initiative of German Business) is also responsible for Malawi, although the commitment there has not yet been developed. A business directory, including links to state institutions (line ministries, etc.), provides extensive information. 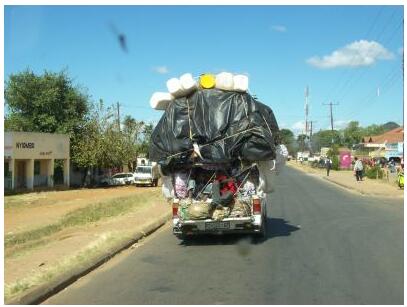 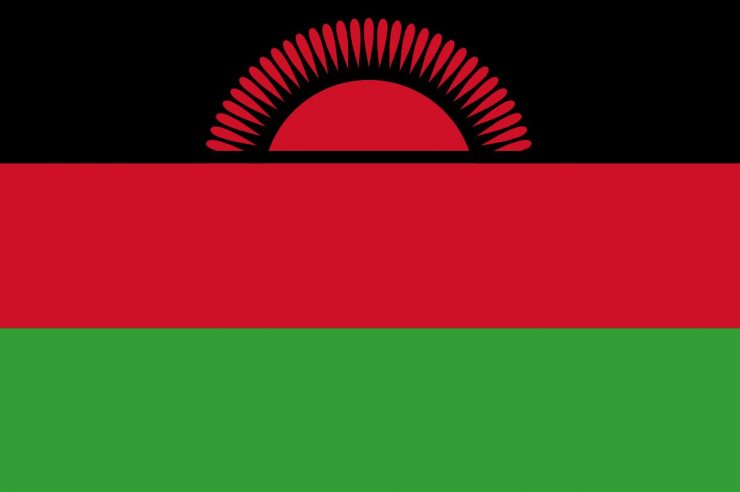